Do You Know the Henry James Farm? 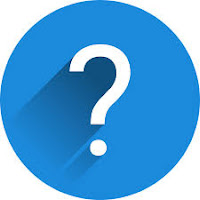 Recently the Cavendish Historical Society was asked if we knew anything about the Henry James Farm in Cavendish, dating back to the WWII era. The person who is inquiring writes, "I only know about it because my father volunteered there between 1941 and 1944. And I only know that because the FBI was watching him at the time and reported that he went out with the other young people who stayed - there- likely other COs [consciousness objector] -to volunteer to help local farmers with their work such as haying I imagine. Chances are no such person as Henry James who lived there- maybe it was named after a radical Henry James figure ?? Or maybe a local farmer named Henry James with lefty politics?? Really love it if u dig up Any info- the coincidence of this has bugged me for years as my dad eventually settled in close by Andover but never bothered to mention his experience in Cavendish a decade earlier... although he did love to tell a story about how he went door to door during the depression trying to peddle apples in Springfield . Having no luck with sales he eventually just knocked on doors and offered them for free .!people would not accept them and slammed their doors and called him a communist. He did love to tell that story. Now I wonder if that period in his life was the same as when he lived on Henry James farm in Cavendish. FBI records are the only documentation ironically of this."

We've solved the mystery. Turns out the name was William James, for the psychologist and philosopher, and a former Civilian Conservation Camp (CCC) in Sharon VT was renamed accordingly. Turns out this individual was never in Cavendish but rather in Sharon VT.
Posted by Margo Caulfield at 11:51 AM No comments:

As part of Sunday's, March 5, Annual Meeting (3-5 pm at the Cavendish Baptist Church),  we will be telling stories that you may have never heard of.

Recently, CHS learned of a song “Annie’s Grave”  that was published by Melvin Wright of Proctorsville, VT. The song is typical of the era it was written in -1865

I remember well the time tho’twas many year ago,
When I wooed and won the love of dear Annie.
Oh, the time went swiftly by like a sweet gliding Stream
For my young heart was happy, light and free
But that happy time is past and my hair is turning gray
For that love one I never more shall see
And my heart is sad and lone, as  I weep from day to day
Since dear Annie is no longer here with me

Twas a bright and sunny morning in the autumn of the year
When they told me that I’d lost dear Annie.
That her sweet and gentle voice I never more shall hear
Or her winning smile would beam again on me
In a little green vale where the sweet flowers bloom
Near the spot where the tall willows wave
They have laid her there in rest and my heart is sad and lone
As I weep o’er dear Annie’s grave.

Curious about the author and publisher, we asked CHS genealogist Linda Welch what she might know. It turns out that the song’s publisher, Melvin Wright lived in Cavendish from at least the 1860’s to 1870’s. His wife Catherine died in 1875 and is buried in the Hillcrest Cemetery in Proctorsville, along with their child. By 1880, he had remarried and was living in Saratoga Springs.

Interestingly, Wright served as town agent for Cavendish in 1868-69. He wrote in his report, "On coming into office March, 1868, I found the town carrying on three county court suits. The "Troy case" was carried to a successful termination by the former agent, though now hanging upon the matter of taxable costs. This town should receive $300 or more from the same source yet it is unsafe to make any calculation upon that or any specified amount. The W. B. Davis Road case I settle by paying the opposing party $8.00, the sum usually charged by an attorney to get a case "continued." The case Windsor vs. Cavendish, I have given but little attention as the former agent stated in town meeting that it was virtually settled and has also assured me that he was making the town no costs. I did not consider it best to spend any time with it. I have charged the town for one day on these matters, which included the correspondence with parties on other smaller matters for the town. —Melvin Wright, Town Agent."

The songs author, George M. Clark, lived in Felchville, VT. He was no stranger to death as his first wife died in childbirth in 1856, having been married for a little over a year.

In 1860, Clark joined with other musicians and actors and put a show on the road called the “Broadway Minstrels.” In the spring of 1866, he organized with E. P. Hardy and O. A. Whitmore, a minstrel company that became widely known in Vermont as “Whitmore & Clark’s Minstrels.” This company traveled throughout the New England states, New York and the Provinces, and for twenty-six consecutive years. 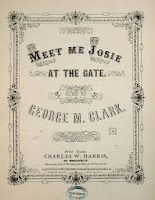 Throughout his career, he wrote some twenty-five songs— both the words and the music —many of which were published, copyrighted, and became well known and popular in their day. Among the most widely known are “Annie’s Grave,” “Meet me Josie at the Gate,” “Drifting with the Tide,” “Give me the Man who is True to his Neighbor,” etc. All of his songs had the theme of high morals and sentimentality. He also wrote church music, some of which he published, and all of which were used in the Union Choir at Reading, one time or another. George also sung in this Union Choir, and led the group for many years.

On March 3, 1876: “Geo. M. Clark and his company gave an entertainment at Eagle Hall Tuesday evening last, consisting of vocal and instrumental music of a great variety. Hank and George were both there. If anyone wants to enjoy an evening entertainment, go and see and hear them, and if you are not satisfied that your 25 cents were well expended, we are of the opinion that to please you is a very difficult task. As usual when George comes here, the hall is full, and everyone, young and old, had a good time, ‘laughed and grew fat.’

Clark died June 5, 5 June 1885 (age 47) in Felchville. From his obituary:  “The news of the death of George M. Clark, the well-known and popular showman, was announced on Friday afternoon of last week, and took many of our citizens by surprise as it was not known by many that he was not in his usual health until informed of his demise. His funeral was attended on Sunday at the Baptist church, which was used because of its superior seating capacity, by Rev. F. S. Rice of Springfield, assisted by Revs. Luther Rice of Watertown, NY, A. Heald and W. E. Douglas of Felchville, Masonic Lodges from Cavendish, Springfield, Woodstock, Windsor, and Claremont, to the number of 160 members, were present, together with the G. A. R. posts from Windsor and Ludlow and the Good Templars Lodge of Felchville.

Posted by Margo Caulfield at 6:42 AM No comments: