Irish railroad workers, who settled in Cavendish, form the Catholic Church in Proctorsville.

1861-1865 Civil War Era: Prior to the War, Cavendish becomes part of the eastern trunk of the Underground Railroad between Brattleboro and Montpelier.

• In the War of the Union. — The first action taken by the town in reference to the late civil war was at a town meeting held April 30, 1861,  Governor Ryland Fletcher presiding. It was then voted to raise $2,000 to liquidate all obligations incurred by Captain Tuttle in raising the Cavendish Light Infantry, and to pay the board of the men and furnish support to their families. Another loan of $3,000 was authorized in August, 1862, to pay bounties for nine months' volunteers, and in November of the following year a bounty of $200 was offered for volunteers, which was subsequently increased to $300, and another loan of $4,000 negotiated. During the latter part of 1863 the bounty was increased to $500, to make it possible to fill the town quota, and the selectmen were authorized to raise $10,000 to pay the expense of future calls for volunteers. In January, 1865, another loan of $7,000 was made, and in 1867 $15,000 was borrowed to pay the balance of the war debt. From a compilation made by the Hon. Calvin French we give the following figures : Cavendish furnished to the armies of the Union twenty men in response to the first call for troops for three months' service. In the Second, Eleventh, Fourth, Seventh aud Fifth Vermont Regiments, forty-two men for three years' service. These volunteers received no bounties Forty-two men were furnished under the nine months call. For subsequent calls fifty-three men were furnished for three years, and thirty for one year, making a grand total of 187 volunteers furnished by the town, whose terms of service would amount to 3521^ years for one man. Of these 125 volunteers received bounties amounting to $43,550, the others being recruited before it was necessary to offer a bounty. As early as 1867 a movement was inaugurated to  erect a soldiers' monument in Cavendish, but it was not successful. In May, 1883, the present secretary of war, Redfield Proctor, presented his native town with a fine white marble monument, suitably inscribed and surmounted with an eagle. The town at this time appropriated $1,000 to grade the lot and pay the expense of the dedication of the monument. History of Windsor County, edited by Lewis Cass Aldrich and Frank R. Holmes, 1891

• Tom Seaver, William Sperry and Daniel Davis Wheeler all receive the Congressional Medal of  Honor for their service during the war. 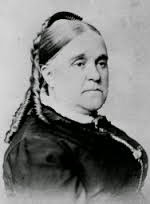 • Aunt Lizzie Aiken: Born Eliza Atherton in Auburn, NY, Lizzie Aiken moved to Cavendish in 1826 at the age of nine. She came to live at her paternal grandfather’s, Jonathan Atherton, farm. She attended the New England Academy in Cavendish for one term.

At the age of 20, she married Cyrus Aiken and they relocated to Illinois. Tragedy struck when she lost all of  her sons to cholera, which was followed by the death of her sister from the same disease. Not long after, her home was destroyed by lighting. When her husband became ill, and her father died, she became a domestic nurse to help defray expenses and to support her mother, who was still in Cavendish.

With the onset of the Civil War, Lizzie nursed soldiers in the sick tents near Peoria, Il. In Nov. 1861, Aiken accompanied the 6th Illinois Cavalry to Shwaneetown on the Ohio River. Her comfort and care resulted in the nickname “Aunt Lizzie.” At first she worked for no pay but eventually received $12 per month from the army.

1867: Fitton Mill (Spring Mill) established and soon became the largest mill in the area. The Mill complex was destroyed by arson in 1875. Remains of the Mill can be seen in the area just before the Cavendish Gorge.

1869: At a special town meeting held October 18, 1869, the town  accepted of the gift of Hon. Richard Fletcher, of Boston, Mass., of 2,600 volumes and the interest accruing on $2,000, for the permanent establishment of a library, which was named in honor of the generous donor. The question of the location of the library caused a great deal of jealousy among the people of the villages of Cavendish and Proctorsville, the inhabitants of the latter desiring the establishment of a branch in that village, which was at first refused by a vote of 138 against, to 119 in favor. Tile library was first established at the house of Luke Parkhurst, then town clerk. History of Windsor County, edited by Lewis Cass Aldrich and Frank R. Holmes, 1891

• The flood of 1869 destroyed New City. This area was located four miles from Cavendish village near Weathersfield. As early as 1856, wooden ware was manufactured there. Newspaper accounts indicate that some form of settlement was in place by 1845. The 1855 Dotton map shows three building, with one marked ‘sawmill.” New City is an example of an area that, according to the usual pattern of New England settlement, would not be inhabited. It was ignored in the early days. Far from other settlements, deep in a narrow valley, subject to flooding, it does not make sense to live there unless an economic situation provides incentive. Only prosperity would allow investors to develop the normally undesirable spot. The promise of good waterpower during a boom time must have caused the essential optimism to seek a “New City.” This area was an example of 19th century waterpower manufacturing boom and related domestic sites that are no longer operating or even standing. With the elimination of a boom time that demanded cut lumber and wooden ware, there was no other reason for industrial operations. CHS Archives.

1870: Cavendish registered the highest population in its history with 1,823 people. 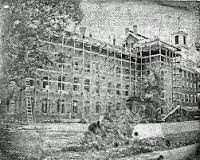 1877: The Proctorsville Woolen mill is reorganized and becomes the second largest mill in Vermont under the management of Taft, Burbank and Murdock. It was known as the Crescent Mill but would eventually be known as Murdock’s Mill

1880: Cavendish population 1,276 This significant decline can be attributed to several factors-the westward expansion, the destruction of the Fitton Mill and lack of work.

1880: Cavendish population 1,276 This significant decline can be attributed to several factors-the westward expansion, the destruction of the Fitton Mill and lack of work.

1886: The Gay family moves its woolen mill operations from Tunbridge to Cavendish.

• A local group of Odd Fellow (I.O.O.F. Mt. Sinai Lodge No. 22) is organized in Proctorsville.

1883: Civil War Memorial, donated by Vermont’s Former governor Redfield Proctor, is dedicated. This memorial is in front of the Cavendish Historical Society Museum.

• Fire District # 2 is formed in Cavendish and is staffed by all volunteers. 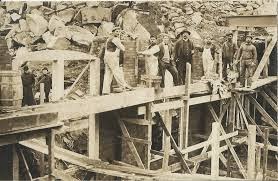 1905: The Claremont Power Company began construction of the Cavendish Hydro Station on the Black River. The dam was built in 1907, at the entrance to the gorge, and operation of the hydro station began that same year.


1907: Proctorsville becomes part of the town of Cavendish.

Posted by Margo Caulfield at 8:50 AM